Playing defense in lacrosse is a crucial skill for any player to master. It requires quick reflexes, understanding your teammates' defensive strategy, and the ability to outsmart your opponents.

Team defense is an important part of the game and can differentiate between winning and losing.

Whether you're a beginner or looking to improve your game, read on for some of our top tips on how to play defense in lacrosse.

What is Defense in Lacrosse?

Team defense in lacrosse is the act of preventing the opposing team from scoring. It involves players on both sides working together to protect their goal and disrupt their opponents' offensive plays.

Defensive players must possess strong stick skills, have quick reflexes, and respond quickly to the opposing team's movements on the field. Defense position is integral to lacrosse, as it can make or break a game's outcome.

What is the Role of a Defensive Player?

Defensive players play an integral role on the lacrosse field. It is their job to protect the goal and stop the opponent's attack from succeeding. They often utilize a longer lacrosse stick, blocking passes and shots more easily.

Moreover, staying between the attacker and goal and keeping them from getting off clean shots are essential tenets of effective defense.

Coordination among defenders is also paramount; communication between them helps to create a solid wall that opponents have trouble breaking down.

In unison, defensive players ensure the other team does not get past them on their way to the goal. Overall, a good defensive team will prevent other teams from scoring as many goals as possible.

How to Become the Most Dominant Defense Player?

Good defensemen must be able to master the art of cradling, sliding, passing, catching, checking, dodging, shooting, and scooping ground balls with ease.

To become an elite defender in lacrosse, you must have quick reflexes and excellent stick control to outmaneuver opponents.

Sliding is a critical skill for defensive lacrosse players. It allows them to move quickly and confidently on the field while also protecting themselves from incoming attackers. When done correctly, sliding can be a powerful tool for defenders to disrupt opponents and make forceful plays.

When a teammate is beaten by an opponent in possession of the ball, a defender will achieve a lacrosse adjacent slide and step away from his assigned player to prevent the offensive player from heading toward the goal.

This sliding motion will also trigger other defenders on the field to slide accordingly. Sliding is an essential skill for defensive players, and when done correctly, it can be highly effective in controlling the flow of play and minimizing the opponent's chances of scoring.

Cradling is one of the essential lacrosse skills for a defenseman. It requires skill and precision to move the ball around the field quickly and efficiently while maintaining control. Cradling is a crucial skill to master in lacrosse as it minimizes the risk of dropping the ball and protects against defensive checks.

Good cradlers can keep their heads up while maneuvering with their stick, allowing them to survey the field and find strategies to help them outmaneuver opponents. It is important for players to hone their cradling skills so that they can confidently move through the game without giving up any unforced turnovers. Lacrosse players must be able to cradle the ball securely as they move around, making it easier and more efficient to transport the ball wherever they need to go.

A few tips to mastering this skill include ensuring your grip is secure while cradling, keeping your elbows close together, practicing cushioning your hands when catching, and feeling the movement through your body as you cradle. Additionally, the lacrosse pocket must be of an appropriate size.

With regular practice and dedication, you can master this skill and become an elite defender.

Passes are an integral part of the game for defensive players in lacrosse. Passing is an essential skill in lacrosse as it enables teammates to move the ball between each other quickly and accurately.

Becoming proficient in passing is crucial for moving the ball around and setting up successful offensive plays. To master this skill, it's important to focus on perfecting your technique and positioning.

In order to pass effectively, lacrosse players use a two-handed technique consisting of pushing and pulling with their dominant and non-dominant hands, respectively. This works by the top hand pushing the shaft towards its target while the bottom hand is pulled back towards the player.

A few tips to keep in mind include keeping your head up as you pass, having a firm grip on the stick, and following through with your passes with a straight arm and centered body position. With practice, defensive players can improve their accuracy and power when passing and become an essential part of the team's offense.

Defensive players in lacrosse must master the skill of catching in order to be successful. This requires cultivating fast reactions and developing a keen eye and steady hand.

Catching with a lacrosse stick is different from other sports as it involves indirectly catching the ball. Wall ball drills are essential to lacrosse defense position, as they help players hone their defensive skill set. The wall ball drill involves a player throwing the ball against a wall and then catching it on the rebound.

To perfect this technique, practice is essential, and players must learn how to control the impact of the ball on their stick and keep it firmly grasped to make a secure catch.

Becoming an effective defender often comes down to mastering this skill, so players must dedicate plenty of time and effort to ensure they are ready for game day.

Defensive players in lacrosse must master the skill of checking to be successful.

Body checks require physical contact between the defenseman and the ball carrier, while stick checks center around a strategic slashing motion on the opponent's stick to knock out the ball loose. Proper execution of these maneuvers demands good timing, balance, and body awareness from defenders.

This requires good timing, superior balance, and body awareness. Checks in lacrosse can be a powerful tool for defensive teams to stymie their opponents' scoring attempts.

By mastering the techniques of body and stick checks, defenders can shut down opposing offenses and ensure that they never have an opportunity to score. This makes checking an invaluable asset for any lacrosse team as it directly affects their chances of winning.

Dodging in field lacrosse is an essential skill for any defenseman. It requires physical and mental agility and a grasp of the game's fundamentals.

An effective dodger can use their body, footwork, and stick-handling to move quickly around the field while avoiding their opponents.

It is also necessary for them to understand how to read their opponents in order to anticipate their movements and stay one step ahead. With practice, defensive players can master this skill and use it to affect the field greatly.

Defensive players can become skilled in shooting by honing their accuracy and power. A proficient defender must be able to shoot the ball accurately and hit their target, whether it's catching the opposing team off-guard or engaging with a teammate on offense.

Additionally, they need to develop the power and force behind their shots to maximize their chance of scoring. Activate your peripheral vision when you are in the open space to always spot a ball!

Through practice, defensive players can build up their shooting skills and become valuable assets to their team.

Ground ball scooping is a critical skill for any defensive player in lacrosse. The ability to quickly and accurately recover loose balls from the ground can be the difference between winning and losing a game.

Players must practice scooping with both hands and using their feet to kick or rattle the ball away from opponents.

Defensive players also need to develop an intuitive understanding of achieving a good position on the field to maximize their chances of recovering a ground ball.

Improving Lacrosse Defense Skills 101: What You Should Be Working on

Improving skills as a defender requires focus and dedication from the player.

A successful defender can quickly identify where the ball needs to be and how it should be played. They must also possess a strong understanding of defensive strategies, such as double-teaming or zone defense.

How do I defend better in lacrosse?

To defend better in lacrosse, having good footwork is essential. The ability to move quickly and have proper body positioning can make a huge difference in shutting down opponents' attacks.

How do girls defend in lacrosse?

The defense's main mission is to keep the opposition from scoring by knocking aside, snatching passes, obtaining the ball from the rival team, or making them take difficult shots.

Once the defenders have gained control of the ball, they try to pass it to midfielders, who then swiftly transfer possession of the ball to the offense. Lacrosse defense for girls is only different in prohibited physical contact.

Can defense score in lacrosse?

Yes, the defense can score in lacrosse, but it rarely occurs during the game.

What does defense do in lacrosse?

In lacrosse, the defense's main job is to stop the other team from scoring by deflecting passes and taking the ball away from the other team's opponents.

How to beat a zone defense in lacrosse?

One way to beat a zone defense in lacrosse is by using quick passes and off-ball movement. To do this, the attack must be patient and move the ball around quickly from one side of the field to the other.

How to play defense in box lacrosse?

In box lacrosse, defense is about controlling the ball and anticipating the opponent's moves. The defender must stay between the ball carrier and the goal, using their stick and body positioning to stop the opposing offensive players from getting a shot off.

Why are lacrosse defense sticks longer?

Lacrosse defense sticks are longer than attack or midfield sticks because they provide greater reach and control. The length of a defensive stick allows the defender to poke check, intercept passes, and block shots from greater distances.

Additionally, it gives the defender extra leverage when attempting to take the ball away from an offensive player.

Defense is the backbone of any successful lacrosse team. Understanding how to utilize your body and stick positioning, along with communication, footwork, and stick length, are key components to playing effective defense in box lacrosse.

Using these strategies and techniques can help you understand how to play defense in lacrosse and create a strong defensive side unit that will be ready to take on any offensive challenge! 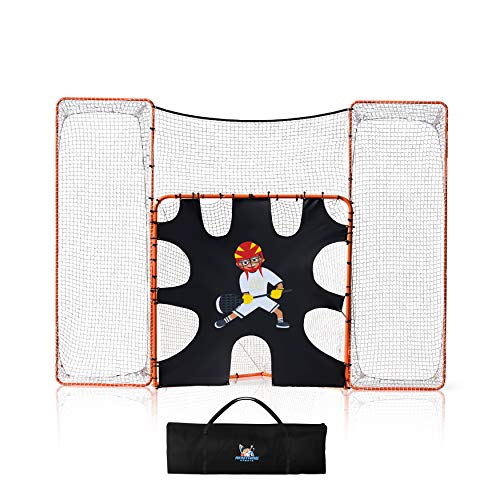 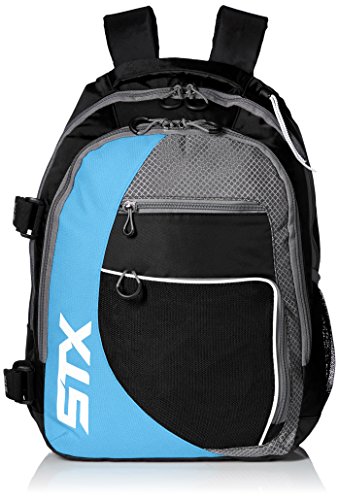 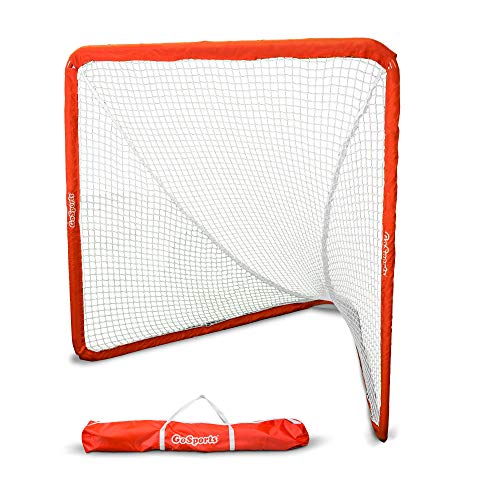 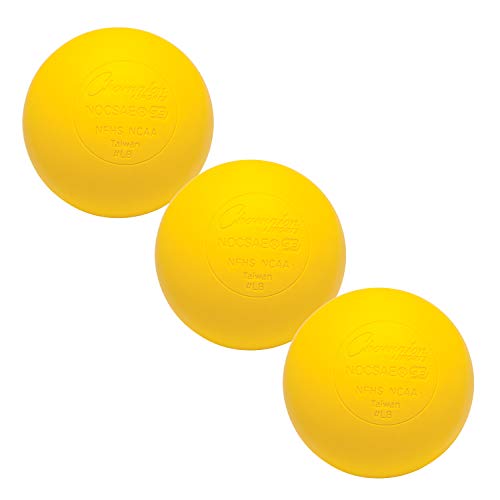 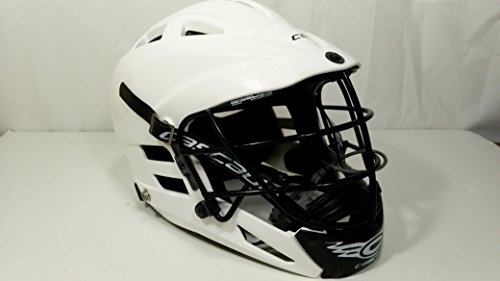